China's eventful 2009 ended with another controversial episode: a record-length trial in the widely observed case of Li Zhuang, a prominent criminal defense lawyer from Beijing. Li is accused of  fabricating evidence for his gangster client. The trial opened at 9:10 a.m. on December 30 at a local court in the city of Chongqing, with a heated argument between prosecutors and the defense team that lasted for 16 hours. The session adjourned at 1:03a.m. on Dec. 31. No verdict has yet been delivered, and a tense debate between news media, legal circles, and Internet commentators continues.

The Li case might seem minor, but taking place during Chongqing's powerful campaign to crackdown on organized crime, it could set an important precedent. While the prosecution has been criticized by legal experts, there is great local, popular support for a guilty verdict, and the trial’s outcome could affect progress in China toward judicial independence. 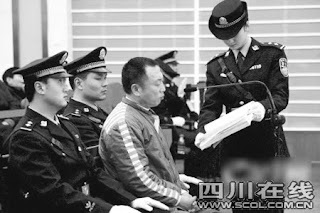 The case developed surprisingly fast. On November 22, Li was hired by the wife of alleged organized crime leader, Gong Gangmo, who faced accusations of murder, illegal weapons trade, drug dealing, and running a criminal organization. Li flew from Beijing to Chongqing and met his client three times on Nov. 24, 26, and Dec. 4. According to Li, each time he had arguments with the police who insisted on being present during the interviews.

Eighteen days after Li took on his client, on Dec. 10, Gong reported to the police that his lawyer was trying to fake evidence that he had been tortured. (Gong's action was later commented upon by legal experts as being "extremely unusual." Gong claimed that he did it in order to gain sufficient credit to avoid the death penalty.) Two days later, on Dec. 12, Chongqing police flew to Beijing and arrested Li, where he was visiting Gong’s wife in the hospital. According to reports, he was informing Gong’s wife that he was dropping the case. The next day, Li's arrest was formally approved by Chongqing's Procuratorate.

On Dec. 14, a major national newspaper, China Youth Daily, published the first news report on Li's arrest, written by the chief editor of the paper's "law-governed society" section. The article detailed Gong Gangmo's motivation for reporting on his own lawyer, and how Li obtained high legal fees from Gong – 1.5 million yuan (U.S. $220,000). The report portrayed Li as a greedy and malevolent lawyer. It stated that, on an investigation initiated by the "Chongqing crackdown leadership group," his crime of fabricating evidence and blocking justice had been clearly established by the collaborative work of the police, procuratorate, court, and Judicial Bureau.

The report caused such strong controversial reactions from supporters and contenders alike that the editor was stunned. She was quoted as saying it was, by far, the strongest response "in the 15 years of my journalist career."

Support for the partial report – and Li's arrest – came mainly from Chongqing netizens. To date, the crackdown on gangsters and government corruption has gained the city government and its leader, Bo Xilai, strong popular approval. The overwhelming majority of internet comments from Chongqing expressed anger at Li for "rescuing" a heinous criminal and making big money so doing. They believed that Li acted to impede justice and that he should be punished for it.

On the other hand, the chief voices in Beijing's legal circles, including many law offices and universities' law schools, strongly questioned the legitimacy of the reported evidence and article 306 of criminal law, which provided the basis for Li's arrest. They viewed his conversations with his client as nothing beyond a defense lawyer's standard practice and duty. They criticized the China Youth Daily article for partiality and fanning public sentiment against a man who has not been proved guilty.

In media circles, Chongqing's newspapers and web portals uniformly condemned Li, with most of their arguments based on the justice of the crackdown on gangsters. In contrast, more independent newspapers, such as those of the Nangfang Daily network and The Beijing News, tended to be more neutral,  and occasionally displayed sympathy for Li. After Li’s trial, the aforementioned reporter of China Youth Daily published another story. Perhaps having learned a lesson from readers' criticism, this time the article exercised caution in using derogatory language. However its biases against Li were not completely hidden.

Also worth noting is that several well-known Chinese dissidents used their Twitter posts to publicly support Li Zhuang, and criticize the Chongqing government.

All this made Li Zhuang's trial on Dec. 30 widely watched. Still, no clear conclusion could be drawn from it. From an neutral point of view, the prosecutors' case seems to be weakened by the fact that no single witness was present at the trial, and written statements against Li came from suspected criminals under detention.

The question remains whether the Chongqing court is capable of an independent trial uninfluenced by either the government or the public. During the trial, Li said an interrogator told him that his arrest was a joint decision by "three big heads," --the heads of Chongqing's Court, Procuratorate, and Police Bureau. If this is true, given the lack of judicial independence in China, one certainly has reasons to doubt whether a fair trial for such a case is possible. This said, the thoroughly argued trial that was open to the public did show signs of improvement in Chongqing's court system and raises hope for more.

One main issue the court debated was whether Gong Gangmo had, in fact, been tortured. Judging from various news reports, neither the defense nor prosecution convincingly established their claims. Consequently, whether Li Zhuang had attempted to fabricate evidence of Gong's torture remains unclear.

Legal conclusions aside, the Chongqing public's suspicion that a criminal lawyer like Li Zhuang is capable of doing anything in order to make big money needs no empirical support. Compared to the human-rights defense lawyers, who often work pro bono to help those at the bottom of the society, rich criminal defense lawyers are not as popular. Li's reported arrogance and disrespectful attitude toward the local court during his trial cast him in an even less sympathetic light in the locals' eyes.

On the other hand, the case practically puts the Chongqing government, and the Chinese legal system more broadly, on the defensive. The hurried arrest of Li raises concerns outside of Chongqing that legal process (however imperfect they are) was trampled to achieve political goals and that the broadly supported crackdown may not be as righteous as has been propagandized. Apparently, Chinese people have not totally forgotten the Cultural Revolution of four decades ago, a disastrous time when political righteousness was above everything else.