Flash Nonfiction: "A Memory of the First Battle"

A Memory of the First Battle

Xujun Eberlein
At first our city’s two Red Guard factions engaged in “civilized struggle”—using brush pens and words, big-character posters and leaflets, high-pitched broadcast and public debates, loud diatribes and, occasionally, fists to attack each other—until one side started to frequently parade the streets, shouting insulting and damaging slogans such as “Blah-blah is doomed,” and that nettled the nerve of the said faction, middle and high school and college students who had successfully forced the city government to stop classes, so they could carry on the Cultural Revolution, and so they charged into the city’s firehouses, where fire-fighters had been told not to resist the Red Guards, filled fire engines with sewage from big cesspools of communal toilets, drove to the streets, and sprayed their parading opponents—who might have been able to stand up against water cannons but ended up fleeing helter-skelter from the overwhelming foul smell—making the streets stink for days, so badly that stores stayed closed. That was how piss and shit and fire engines became the first real weapon in our city’s “armed struggle,” preceding steel rods and spears, which would, in turn, be replaced by rifles, machine guns, tanks, even warships, all supplies from arsenals stocked to aid Vietnam’s resistance of the U.S., and when those weapons drew blood we’d hear stories such as friends of an injured student tying a towel below his leg wounds, a first-aid method they thought they had learned from war movies, until the boy shed all his blood and stopped breathing.
Posted by Xujun at 2:26 PM No comments:

(Note: Zhao Gao (258-207BC) was the highest official under the Second Emperor of the Qin Dynasty.)

Aspiring to gain complete control of power, and anxious that others might not obey him, Zhao Gao set up a test. He led a deer to the emperor and said, "This is a horse." The emperor laughed. "Are you mistaken? Calling a deer a horse?" When the emperor asked the other officials in the court, some remained silent, some followed Zhao to say the deer was a horse, and some said it was a deer. Zhao then back-stabbed those who said the deer was a deer, causing them to be punished under the law. From that day forward everyone feared Zhao and repeated his alternative fact.

Related:
This is what Trump voters said when asked to compare his inauguration crowd with Obama’s
Posted by Xujun at 1:40 PM No comments:

The following photos were taken by Chinese Americans who also participated in the march today. (I've posted on Facebook a short video I recorded.)

On Day One of a Prolonged National Mourning 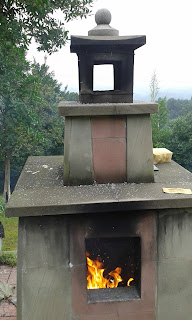 What do we start mourning today then? You tell me.
I will join Boston Women's March tomorrow, but I feel the need to do something on this Friday as well. Not watching anything live on TV–I couldn't stand it. So I am posting a flash fiction piece I wrote right after Election Day, 2016.  I did not post it then, because I was held back by my outrage, disbelief, sorrow, anger, loathing, disappointment, anguish, disgust, trepidation, yet clinging to the constant wishful thought that something would happen to stop the catastrophe, to settle into a resolution.
But settle it never did.  I don't know how we, Americans, got into this muddle. It has started to feel like 1966, in China.  That was also a regime with broad, in fact much broader, popular support.
It doesn't take a sophisticated mind to see how wrong it is to let Trump get into the White House. The following story is not one of reason or morality; it simply reflects the emotions of an ordinary mother, emotions many of my friends experienced.

You have told your 8-year-old son not to watch TV, but you are intent on seeing the first presidential debate, so you allow him to sit by you on the couch for an hour and a half before going to bed.

You have taught your son not to interrupt when others are speaking; on the TV screen the red-faced man cuts off his opponent at will, or otherwise hovers around to intimidate her.

You have again told your son not to watch TV, but you are anxious to see the second presidential debate, so you allow him to sit by you for 60 minutes.

You have taught your son that America is a democratic country which, unlike China, doesn't hold citizens as political prisoners; on the screen the red-faced man is threatening to send his opponent to jail.

You know you can't tell your son not to watch TV again when the third presidential debate begins, so you allow him to sit by you for 30 minutes.

You have taught your son that people in America, regardless of their ethnicity, race or gender, are all equal; on the screen the red-faced man calls immigrants "bad hombres" and, a while later, squeezes two fierce words out of his fat lips to the other candidate, "Nasty woman."

After that you can no longer be noncommittal in your comments, so you tell your son this man is unfit to be the American President, and he nods hard. "This man will not be elected," you say, and he replies, "FR."


The evening of November 8th, you don't turn on the TV until your son falls asleep.  You turn off the TV at midnight.  Then you stay awake through the long dark night, having no idea what to say to your son in the morning. #
Posted by Xujun at 7:00 AM No comments: