Make a Scene with Rosenfeld 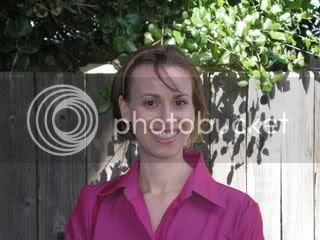 Jordan E. Rosenfeld is the author of two books for writers, Make a Scene: How to Craft a Powerful Story One Scene at a Time (Writer's Digest Books)—and with Rebecca Lawton, Write Free: Attracting the Creative Life (BeijaFlor Books), January, 2008. She is a contributing editor to Writer's Digest magazine, a book reviewer for KQED Radio, and has been published in The San Francisco Chronicle, The St. Petersburg Times , Marin magazine, Petaluma magazine, and Seattle Conscious Choice among others.

Plot—Introducing the Significant Situation & Your Protagonist

In a nutshell: Something bad/difficult/mysterious or tragic happens to your protagonist in real time action.

Hopefully the significant situation happens within the first couple paragraphs. If you force your reader to wait too long for the event that they hope is coming, you stand to lose them ever getting to it.

For example in Lynn Freed’s novel House of Women the first scene opens with a beguiling description of a man, called only “The Syrian” as seen through the first person point of view Thea, a seventeen year-old-girl with a protective mother. It is quickly established, through the lyrical way that Thea describes the man, and then herself, that she is a romantic girl who feels smothered by her mother. Significant situation and protagonist are introduced simultaneously: The Syrian—a friend of her father’s—has come to take her to live with her father against her mother’s wishes:

The Syrian stands on the terrace, staring down into the bay. His head and shoulders are caught in the last of the light, massive, like a centaur’s. He could be Apollo on his chariot with his hair blown back like that. Or Poseidon. Or Prometheus. He is the darkest white man I have ever seen. It is sort of a gilded darkness, gleaming and beautiful. Even an old man can look like a god, I think.

But of course, he isn’t old. He is just older than I am, much older. I am seventeen and a half and have just lost twelve pounds at the slimming salon. My body is curved and firm and brown. Until now, I have been plain, as my mother is plain, but in a different way. My mother is slim and elegant and plain. I have been sallow and lumpy and awkward, and too clever by half, as she says.

Since I lost weight she has become more watchful than ever. If a boy whistles at me on the street, she says he is common rubbish, he wants one thing and one thing only, and if I give in, I will be his forever. The result is that every night I dream of common rubbish…

The Syrian turns. He shades his eyes against the sun and smiles. “Join me?” he says, holding up his whiskey and soda.

Thea, being naïve, has no idea of the consequences of what “joining” him will bring. That she will have to marry the much older man, for starters. That she will become a young mother who is isolated and just as trapped in her new life as she felt with her mother.

When you kick off your significant situation, be sure that it directly involves your protagonist and reveals something about their character—whether you only show their actions, or you let us into their interior world. Your situation should challenge challenge your protagonist’s status quo. Plot and character are bound together and one without the other will cause your first scene to flop.

In your first scene you aren’t going to do much character developing, rather your goal is to introduce your protagonist as quickly and with as much intrigue as possible.

So, according to the rules of character development and motivation from the Core Elements:

1. The first scene should provide:

A significant situation that challenges your protagonist’s status quo:

The Syrian’s appearance as the messenger to bring Thea to her father is the significant situation that starts the plot and challenges Thea’s character, her future and her innocence.

An antagonist or catalyst to interact with: The Syrian is not an antagonist, he’s a catalyst—because of him Thea will change. Though Thea’s mother Nalia is not present physically in the scene, her mother’s wishes for her are, so Nalia is the antagonist—the person who wants to thwart Thea's goal of leaving.

(Read more in Make a Scene)

Email ThisBlogThis!Share to TwitterShare to FacebookShare to Pinterest
Labels: writers and literature

This is great! Thank you for posting it.