The annual awards competition for the 10 best books published in China was launched in 2005. It is co-sponsored by Hong Kong Phoenix TV's book channel and Beijing's Publishers magazine. The 2012 results, divided into five categories, are translated below.  Notably, the list includes 4 foreign books (links provided) translated into Chinese, two of them I'm familiar with. It provides a glance into what kind of foreign books are catching the attention of Chinese readers. I'm reading some of these books written by Chinese authors, and plan to follow up with reviews. Brief summaries are provided for the Chinese titles that are not self-explanatory. 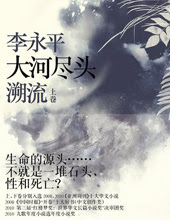 Tragic and romantic stories of the author's relatives and friends, which also reflect China's transition through recent decades

2.  At The End of the Big River, novel by Li Yongping
The physical and spiritual journey of a 15-year-old Malaysian Chinese boy tracking the headwaters of Kapuas River

3.  Love in the Time of Cholera, novel by Gabriel Garcia Marquez (2007), Chinese translation by Yang Ling 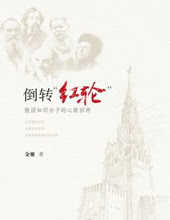 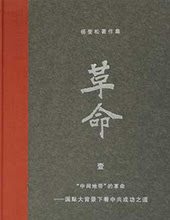 Four volumes of research on the less known history of China's Communist revolution in the first half of the 20th century, especially the relationship between Mao Zedong and Moscow

7.      You Can Never Wake Up One Who Pretends to be Asleep by Zhou Lian
A collection of commentaries on happiness, justice, virtue, democracy, freedom, and morality

8.      The Spectre of Comparisons:Nationalism, Southeast Asia, and the World  by Benedict Anderson (1998), Chinese translation by Gan Huibing

9.      Rip It Up: The Radically New Approach to Changing Your Life by Richard Wiseman (2012) , Chinese translation by Li Lei

10.  Stories of Wang Er's Economics by Ge Kai
Economic theory explained through the stories of a fictional character